Bridgnorth Town Hall occupies a prominent position in the High Street where it has stood since the 17th century. Its location shows the importance of the building’s role in the civic and legal life of the town. The Town Hall is a listed building comprising an oak framed hall atop stone pillars. The hall was built on stilts to provide a covered market place for the town. Markets are still held beneath the hall every Friday and Saturday and twice a month on Sunday.

The current interior comprises the Council Chamber, the Court Room and the Waiting Room.  The largely 19th century interior is panelled throughout in oak and furnished partly with church benches and partly with custom made carved chairs. A local carpenter, Harry Perry, is believed to have carried out extensive work on the panelling and carvings as well as working as a journeyman on York Minster and the Russian Imperial palaces.

The Town Hall’s crowning glory is her stained glass. Regarded as some of the finest work of the 19th century, the windows were installed to commemorate Queen Victoria’s Golden Jubilee in 1887. They can only be appreciated from inside the building.

If you are looking for a unique venue for your wedding, then pop into the Town Hall and see what we have to offer.  The Town Hall is licensed for Civil Wedding Ceremonies in either the Council Chamber or  Court Room. 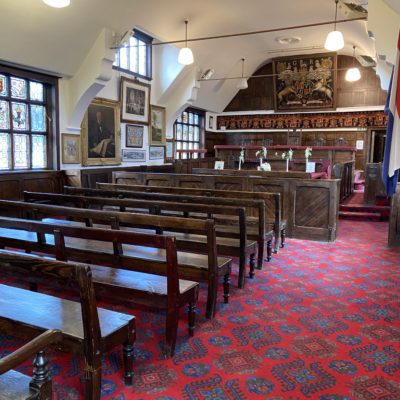 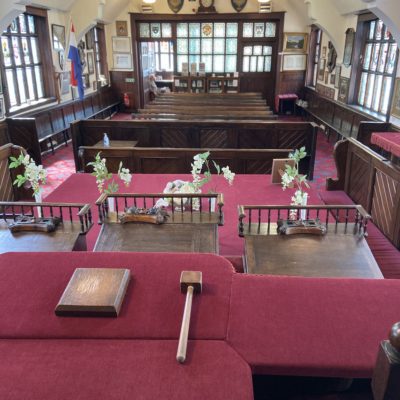 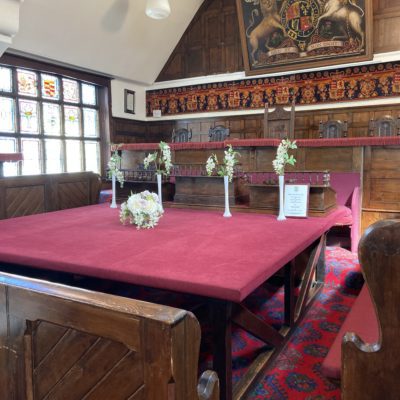 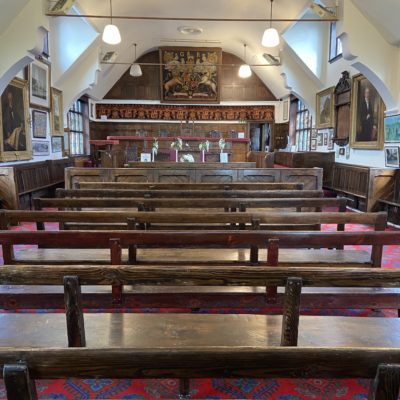 These files may not be suitable for users of assistive technology and are in the following formats: .pdf. Request an accessible format. 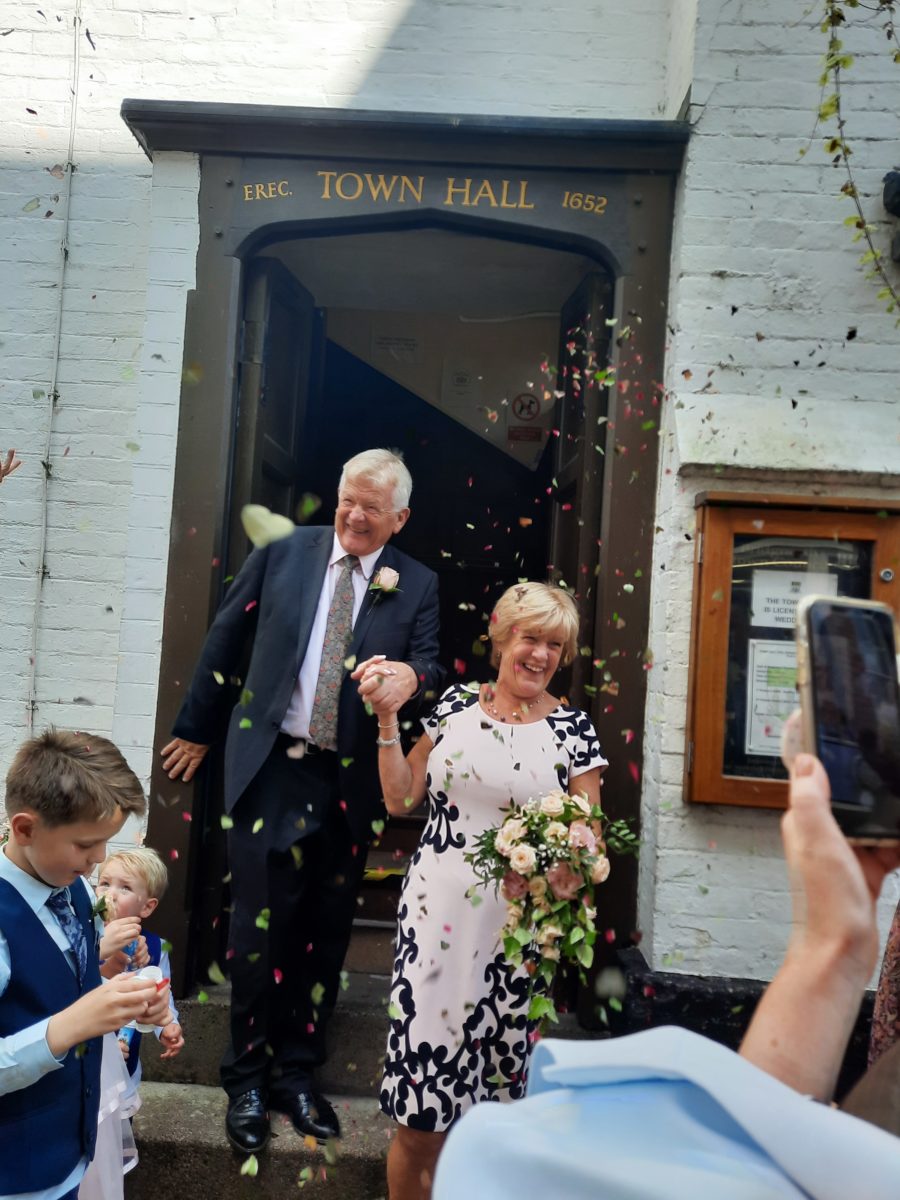 This video may not be suitable for users of assistive technology. Request information about the Town Hall using the contact form that follows: