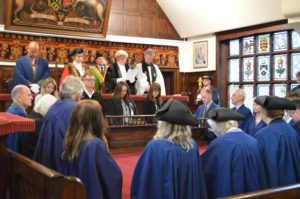 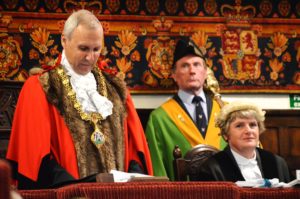 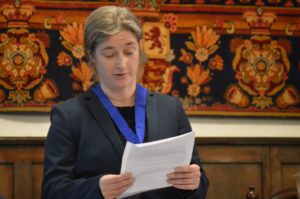 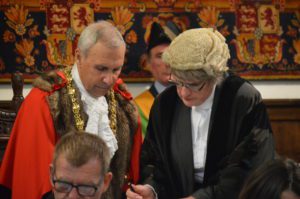 Councillor Ron Whittle was elected Town Mayor of Bridgnorth at the mayor making ceremony on Monday 15th May. His Mayoress will be his wife Cllr. Mrs Carol Whittle. 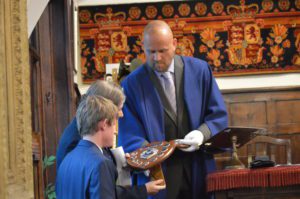 Vanessa presented the Davies Shield award to Tom Barras for his contribution to music and fundraising efforts for homeless charities. 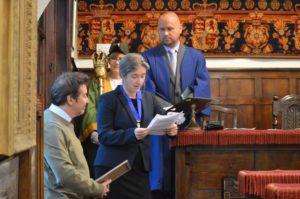 Vanessa announced that the Civic Award had been awarded to Kevin Adams in recognition of his services to community life and to the arts. 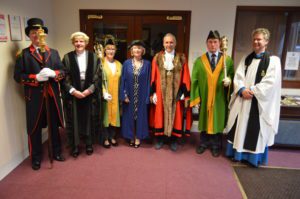 The Bridgnorth Guild of Freeman surround the Town Mayor.

Refreshments were served in Castle Hall after the ceremony in the Town Hall.